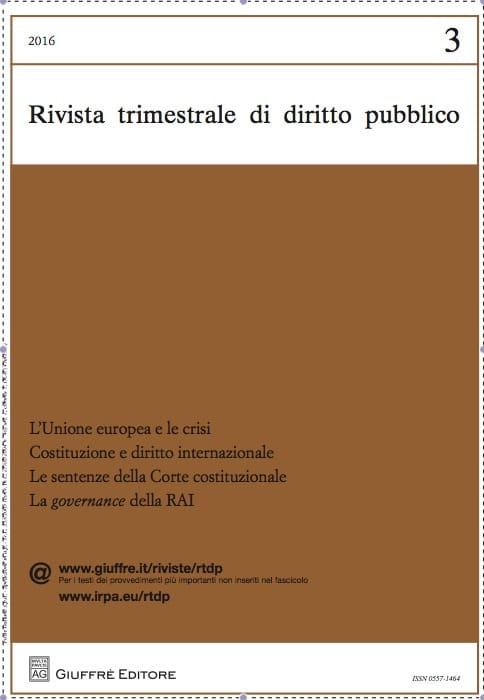 The article analyses the crisis of the Euro and its institutional implica- tions. The crisis is due to external factors, although the Eurozone’s institutio- nal system has magnified its contradictory effects. This institutional system is rooted in the compromises of the Maastricht Treaty. The first compromise concerns the distinction between the Economic and Monetary Union (EMU or Eurozone) and the countries that decided to opt out of it. The second compromise regarded the very structure of the Eurozone, which was organi- zed around a supranational monetary policy and nationally controlled econo- mic policies, although coordinated within the European Council and the Council of the European Union. Thus, the EMU’s economic policy has been managed by an intergovernmental model of decision-making. With the crisis, this model has been called into question. The supranational monetary policy has entered into conflict with national economic policies, thus soliciting pressures for an intergovernmental centralization of the latter (through new intergovernmental treaties and legislative measures). This article presents a critical argument against such intergovernmental centralization, arguing that it is necessary to consider a different model of economic governance, a model that can be pursued if a clear institutional differentiation is established between the Eurozone and the countries that have opted out. This would certainly require a revision of the Treaties, although there appears to be little political consensus for this.