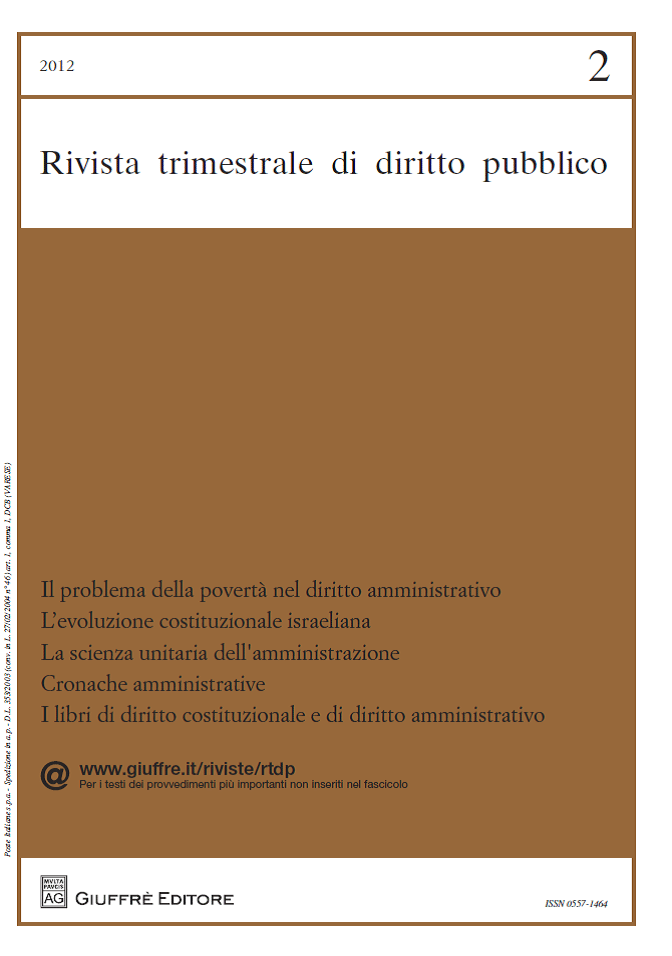 In 1955, when Gianfranco Miglio discussed his essay Le origini della scienza dell’amministrazione in Varenna, the science of administration was a non-unitary discipline. Scientific reflections on administration were not scarce; however, the discipline was perceived as a “science of organization”, parcelled out in several branches, or, at most, a way to inquire upon the “real and concrete dimension” of administration in a certain historical moment. Miglio gives a true “historicist” perspective to his own work. He sketches the boundaries of a “European constitutional history”, recalling the fortunes of public administration between the Middle Ages and the 20th century and reconstructs the imperium, political authority, professional administration and the “technique” of governing. As a manifesto against centrifugal forces that destroyed the science of administration, Miglio’s essay is not a lesson on Cameralistics but, rather, a programme for future scholars.