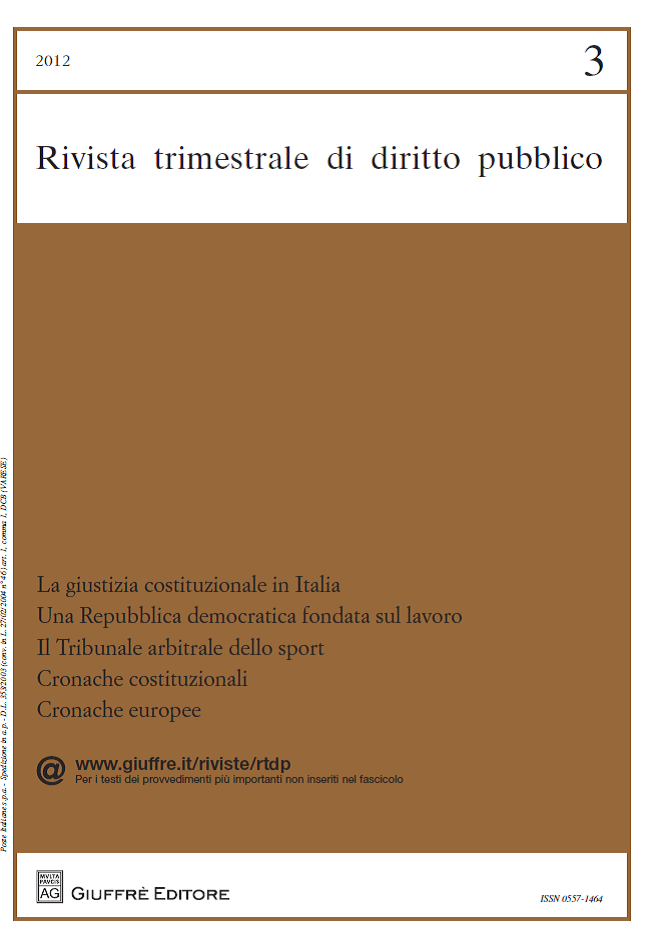 This article analyzes the expression «founded on labor» contained in Article 1 of the Italian Constitution, focusing on its origin in the Constituent Assembly; on its meaning, within a systematic interpretation of the constitutional text; and on its legal status and effectiveness, especially in light of the recent attempts to challenge it, with a view to change or delegitimize it. More specifically, the piece highlights how this formulation cannot be read as a mere synonym of the «Social State»: rather, it provides the core of post-Second World War constitutionalism, for which the main problem was the reconstruction of the foundations of social coexistence, devastated by the war and the annihilation of the human being by totalitarian regimes, rather than the simple integration of the working class into the State. Bearing in mind Mortati’s legacy, the article stresses how the deeper meaning of the formulation «Democratic Republic founded on labor» must be sought in the linkage, within the Italian constitutional system, between the central roles of both the human being and labor, which lays at the junction between the personalistic and the solidaristic principles.