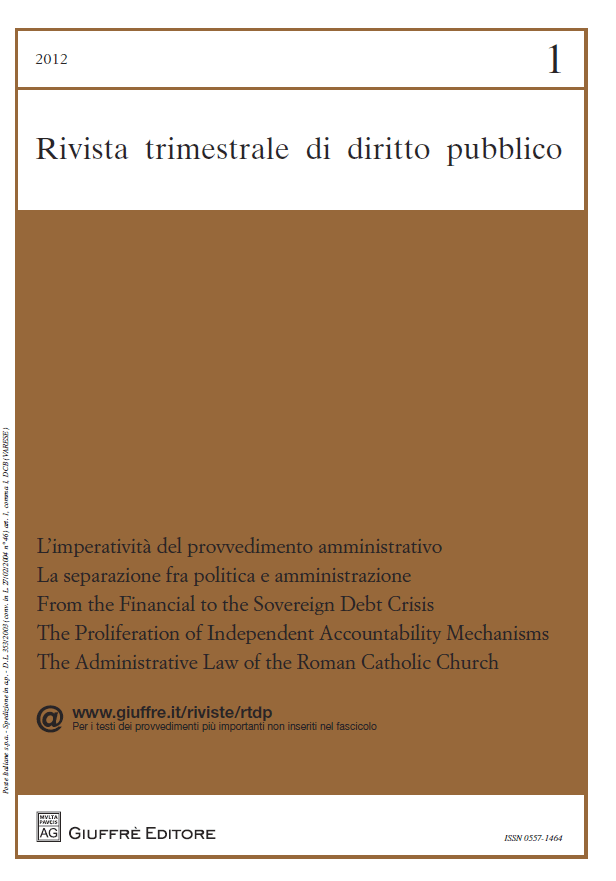 The principle of separation between policy tasks — entrusted to politics — and managerial functions — assigned to the public administration — was introduced in the Italian administrative system in 1993. Eighteen years later, it appears appropriate to take stock. The original meaning of the principle, as conceived in 1993, was later abandoned by the legislature, as relationships of trust between the minister and public managers developed. More recently, the Constitutional Court declared the unconstitutionality several statutes that provided for the introduction of spoils system mechanisms, thereby partly restoring the authentic purpose of the principle. However, important issues have yet to be addressed, such as the means of identification of the top managerial positions to which spoils system mechanisms can be constitutionally applied, and the possibility of dismissing top managers upon expiry of their mandate, without observing principles of due process and the duty to give reasons. This article illustrates the evolution of the system, critically reviews its recent developments and offers some suggestions as to its interpretation.