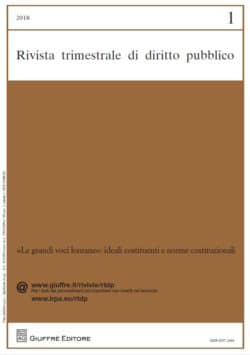 The end of the Fascist regime led to the decline of the corporative model, one of the core structures upon which Fascist propaganda and institutional revolution had developed. Unanimously condemned, corporatism was quickly erased from public discourse, but continued to influence political life and legal thought in Italy throughout the late 1940s. On one hand, it bore a negative influence, representing an anti-model within the definition of new democratic structures; on the other, some of the reasons for its creation continued to reverberate in the republican context. Corporatism arose before the advent of Fascism, and some of the cultural elements that had fostered its development (especially Catholic culture) enabled the partial perpetuation of the reflection on corporatism, albeit completely breaking it away from Fascism. An analysis of the programmatic frame of some political parties (Dc and Msi) and of some parts of the Constituent Assembly’s debate (the proposal of a Senate of interests, the foundation of the Cnel, the definition of the republican model of the trade union) allows us to retrace some elements of the corporatist
discourse of the years following World War II.