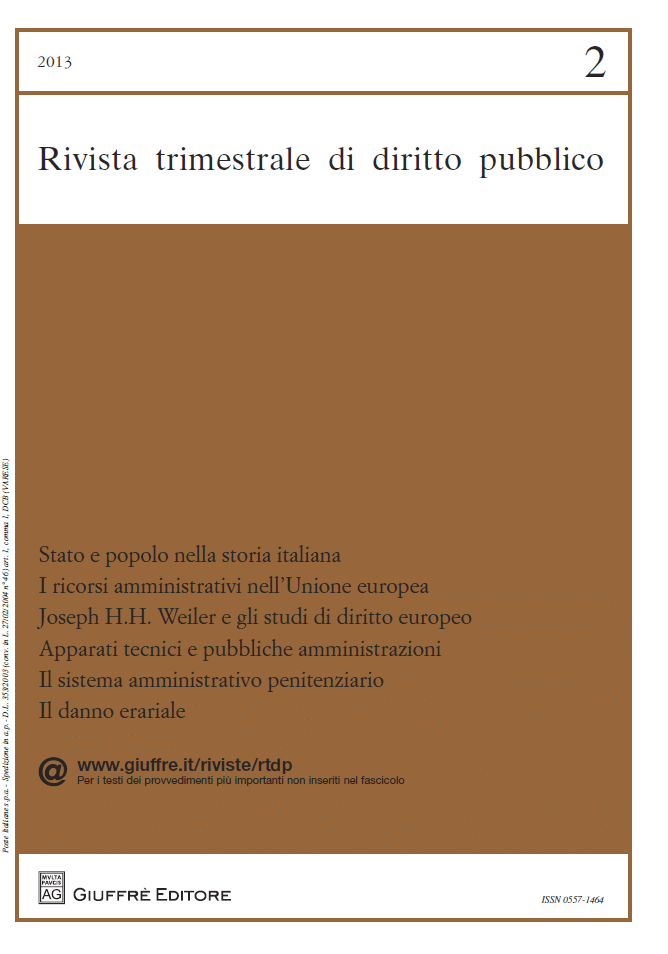 The article examines the relations between the State and the People in Italy since the establishment of the Italian State in the 19th century. The analysis deals with two main issues: electoral legislation, because this determines who can be selected as political leaders, and how; and the regulation of freedom of association, which sets the limits of civil society’s autonomy in organizing itself and in contributing to politics. As for the first issue, Italy has experienced 12 different electoral laws in one and a half centuries: this highlights the instability of the relations between society and its leaders. Freedom of association, instead, was not regulated until the mid-20th century, and its legislation is highly complex. The uncertainty of electoral laws, due to their several modifications, and the slowness in enacting laws regulating the freedom of association are clear symptoms of the extremely difficult search for balance in the relations between the State and the People in Italy.