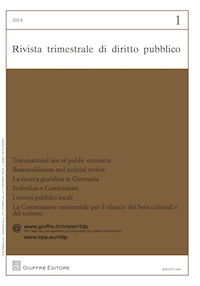 In national civil and common law systems, the principle of reasonableness is known as a standard of judicial review for administrative acts. The present article examines whether at the European and international level too a principle of reasonableness is used as a standard against which (quasi-) judicial bodies scrutinize administrative acts. It is argued that a common understanding exists whereby reasonableness serves as an important guiding principle for finding agreement between the views of a multitude of actors, whether formally participating or not, in global arenas. Based on an analysis of cases before EU courts, the WTO Dispute Settlement Body, the ILO Administrative Tribunal and the UN Dispute Tribunal, it is submitted that although current European and international legal practice does not offer a single formula or test, the open-endedness of reasonableness makes it fit for use as a standard of judicial review at different layers of governance.