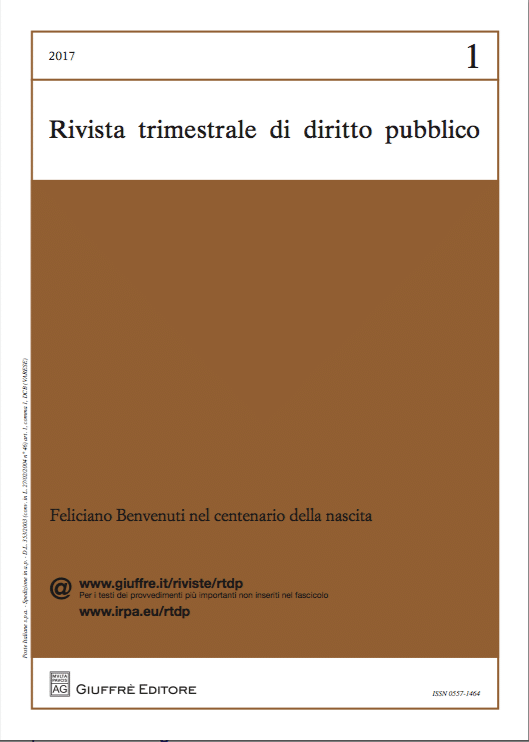 On the centenary of Feliciano Benvenuti’s birth, this article analyses his legal scholarship on administrative activity. The article is divided into three parts. The first examines the paradigms of Benvenuti’s thinking, represented principally by personal freedom, a central concept that reverses the traditional idea of the connection between freedom and authority; the republican Con- stitution, which defines the purpose of administrative activity and changes the position of the administration, as well as the interconnections between per- sons, society and authority; and the legal system and normativism. The second part analyses the essential elements of the jurist’s theory on administrative activity: the theory of function, the administration based on the principles of equality, objectivity and participation, and the theory of administrative acts. In this analysis, the author takes into account both the general theoretical background and the historical-social context, identifying the main characteristics of each element. Finally, the third part describes the innovative features of Benvenuti’s theory on administrative activity, analysing the elements that remain to this day and those that, instead, have displayed transience.