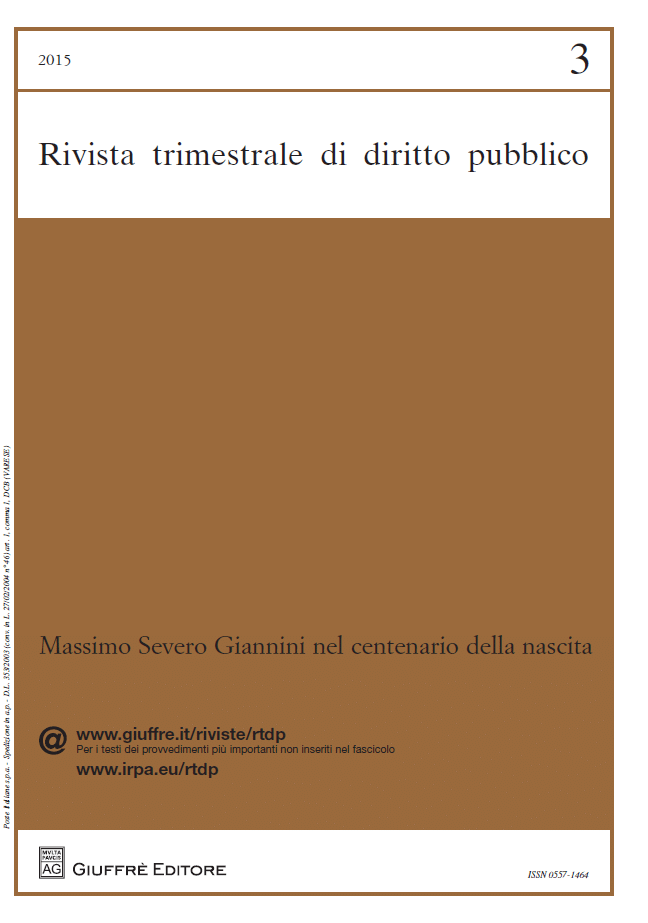 Massimo Severo Giannini was very active as a reformer, performing a key role in the preparation of the Constituent Assembly and the new Constitution, as well as in the design of the latter. His main actions concerned the reduction of the distance between the State and citizens, unicameralism, the stabilization of government, and the simplification of the territorial structure. In his report on «the democratic republican State», followed by the motion on the «Republican State», emerged the issues of separation between the state apparatus and the people, of the contrast between principles and reality, as well as of the affirmation of the principles of substantive equality, self-government, unicameralism, and of the balance of powers. Many of his ideas did not appear in the Constitution, although they remain at the center of many debates, such as those on the rationalization of territorial administrations and on unicameralism.