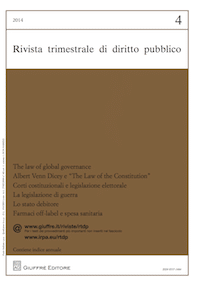 This contribution looks into recent developments in the case laws of the Italian and German constitutional courts concerning voting systems. To do so, it considers, first, the similarities and differences between the Italian and German constitutional systems with regard to voting systems and the right to vote. Until recently, the main differences in this respect concerned the interpretation of the “one person, one vote” principle and the possibility for constitutional courts to review electoral laws. In recent years, both courts have showed a greater willingness to engage with this kind of review and to strike down electoral laws, thereby regulating the political system in a certain sense. Furthermore, a comparative analysis enables identification of a circulation of constitutional arguments, and the authoritativeness of those used by the German Constitutional Court.