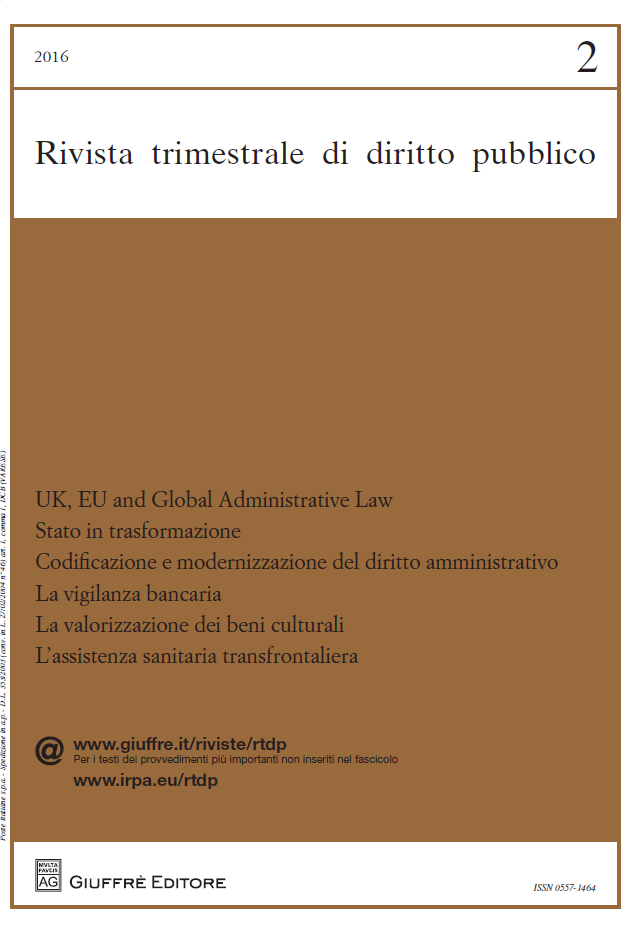 Until 2011, the right to cross-border healthcare was regulated by Regulation no. 883/2004/EC; however, the measure generated significant problems as to the application and interpretation of its provisions. For these reasons, the EU legislator adopted Directive 24/2011/EU, implemented in the Italian legal system by means of Legislative Decree no. 38 of 4 March 2014. The provisions appear to guarantee the right to health, as they state that patients need not obtain the administration’s authorization prior to accessing treatment abroad. At the same time, however, they disadvantage the poor, as they establish a system of indirect assistance and specify that the reimbursements cannot
exceed the costs that the service would entailed if it were performed in the territory of origin. In addition, when introducing the exceptional need for prior authorization, they grant great discretion to the public administration. Finally, certain aspects of the administrative procedures and the relationship with the Regulation no. 883/2004/EC are unclear. Does a right to health care beyond the State really exist?