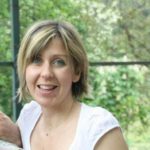 She is Phd (2005). She discussed a doctoral thesis about “Privatizazion of not economic public bodies”.

She is a lawyer since 2004. In 2003 she won a scholarship to study no-profit organizations and antitrust law. She worked for the  Observatory on Public contracts.

In 2006 she worked for the Commission for the reform of civil code and she made and makes consultancy work for private and public bodies.

She wrote many essays about open method of coordination, rulemaking proceedings by independent agencies, no-profit organizations, privatization and administrative proceeding.