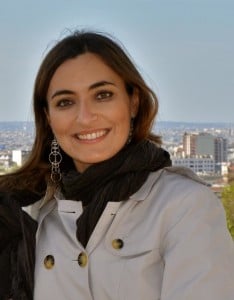 Tenured assistant Professor at the University of Rome “Tor Vergata”

Maurizia De Bellis (1980) is tenured Assistant Professor [ricercatore] in Administrative Law in the Department of Law of the University of Rome II “Tor Vergata”. In 2013 she has been awarded the National Scientific Qualification [Abilitazione scientifica nazionale] as Associate Professor in Administrative Law (12/D1), by unanimous vote of the jury. The national qualification was confirmed in 2014.

She participated to several projects funded by the EU, the Italian Ministry of Education, and private entities. She currently participates to the Network EU Jean Monnet Academic Research on agencification of EU executive governance (TARN) and to the network Women Leadership in International Relations – Women@IR (WeBIND).

She served as a law clerk to Justice Professor Sabino Cassese at the Italian Constitutional Court (2011-2013).

She has been fellow and visiting scholar in several universities. In 2005 she was Jemolo Fellow at Nuffield College, University of Oxford, in 2009-2010 she was Global Research Fellow at New York University School of Law and in 2018 she was professeur invité at the University of Paris II Panthéon Asssas.

She is a member of the International Society of Public Law (ICON-S), of the European Public Law Organization (EPLO) and of the Institute for Research on Public Administration (Istituto di ricerca sulla pubblica amministrazione – IRPA), and of the Centre for Tele-Infrastructure (CTIF) Global Capsule (CGC).

She is author of about 80 publications, in English, in Italian and in Spanish. Her research explores the interaction between global, European and domestic administrative law, with a specific focus on the regulation of financial markets. She is currently analyzing the accountability of EU agencies and the area of administrative inspections, both at the EU and national level. Her publications include the book “The regulation of financial markets” [La regolazione dei mercati finanziari, Milano, Giuffré, 2012, p. xi-491] and articles published in the International Journal of Constitutional Law, the Asian Journal of International Law, Revista de derecho publico de l’Universidad de los Andes, as well as top ranking Italian journals such as Rivista trimestrale di diritto pubblico and Rivista italiana di diritto pubblico comunitario.