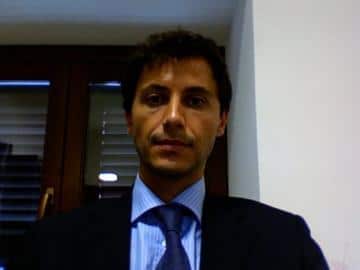 Professor at University of Palermo

He got his Ph.D in Administrative Law (2004). He graduated in Law at the University of Rome “La Sapienza” (1999); he discussed a dissertation on administrative law on Freedom of access to public services, for which he was recognized premium Ciriec “Lanzarone-Tremelloni” for the best thesis in law and economics.

He got a research grant in Administrative Law in the Faculty of Law – University of Rome “La Sapienza”, in the period 2002 – 2004. In 2000, he won a scholarship in administrative sciences and worked at the Presidency of the Council of Ministers – Department for Civil Service, the project A/5 Control management best practices.

From 1999 to 2005 he worked with the chair of administrative law of Professor Sabino Cassese, University of Rome “La Sapienza”. He was contract professor at the University of Urbino “Carlo Bo”, first, in the Faculty of Economics, then, in the Faculty of Political science, where from 2002 to 2005 he held a course on “The national public utilities”. In the 2004-2005 academic year, the Faculty of Letters and philosophy of the same University (Cours of Science in archival storage of goods and books) entrusted him with the course of Administrative law basic. From 2002 to 2005 he coordinated the Master program on Organization and functioning of public administration at the University of Rome “La Sapienza”.

He has participated in academic researches, in particular, for the Consortium for the development of methodologies and innovations in public administrations (Mipa) has collaborated on a study for the Ministry of institutional reform, studying the issue of functional autonomy; from Irpa he was given the responsibility of coordinating a study on profiles of regulation of electronic communications.

He is the author of two monographs: Amministrazioni nazionali in funzione comunitaria (Milan, Giuffrè, 2007) and Accesso e interconnessione. La regolazione delle reti di comunicazione elettronica (Milan, Ipsoa, 2008). He wrote an essay on public service obligations in rail transport, published in Rivista giuridica della circolazione e dei trasporti, and proceedings on a compound in the field of telecommunications, published in Rivista trimestrale di diritto pubblico. He is the author of articles on structural funds, on legal discipline of management control, common systems, competition law, law and economics. He wrote the voice Administrative procedure law (european) and Transport of the Dictionary of Public Law directed by S. Cassese. He collaborates with the Giornale di diritto amministrativo and with Rivista trimestrale di diritto pubblico.