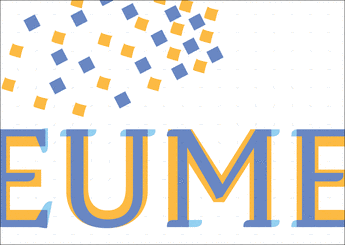 EUME seeks to rethink key concepts and premises that link and divide Europe and the Middle East. The program draws on the international expertise of scholars in and outside of Germany and is embedded in university and extra-university research institutions in Berlin. It supports historical-critical philology, rigorous engagement with the literatures of the Middle East and their histories, the social history of cities and the study of Middle Eastern political and philosophical thought as central fields of research not only for area or cultural studies, but also for European intellectual history and other academic disciplines. The program explores modernity as a historical space and conceptual frame.

The program puts forward three programmatic ideas:
1) supporting research that demonstrates the rich and complex historical legacies and entanglements between Europe and the Middle East; 2) re-examining genealogical notions of mythical ‘beginnings’, ‘origins’, and ‘purity’ in relation to culture and society; and 3) rethinking key concepts of a shared modernity in light of contemporary cultural, social, and political entanglements that supersede identity discourses as well as national, cultural or regional canons and epistemologies that were established in the nineteenth century.

EUME supports and builds upon the following interconnected research fields:

Europe in the Middle East—The Middle East in Europe (EUME) has been initiated in 2006 as a joint research program of the Berlin-Brandenburg Academy of Sciences and Humanities, the Fritz Thyssen Foundation and the Wissenschaftskolleg zu Berlin. It builds upon the previous work of the Working Group Modernity and Islam (1996-2006). Since 2011 EUME is continued at the Forum Transregionale Studien.

The Berlin-based Forum Transregionale Studien is a research organization that promotes the internationalization of research in the humanities and social sciences. The Forum provides scope for collaboration among researchers with different regional and disciplinary perspectives and appoints researchers from all over the world as Fellows. In cooperation with universities and research institutions in Berlin and outside, it carries out research projects that examine other regions of the world and their relationship to Germany and Europe systematically and with new questions. It supports four research programs: Art Histories and Aesthetic Practices, Rechtskulturen, Zukunftsphilologie: Revisiting the Canons of Textual Scholarship, and Europe in the Middle East—The Middle East in Europe(EUME).

For more information on the ForumTransregionale Studien, please visit:
www.forum-transregionale-studien.de

For information on the research institutions in Berlin participating in EUME, please visit:

The fellowships are intended primarily for scholars of art history, history, literature, philology, political philosophy, political science, religion and sociology who want to carry out their research projects in connection with the Berlin program. Applicants should be at the postdoctoral level and should have obtained their doctorate within the last seven years. Fellows gain the opportunity to pursue research projects of their own choice within the framework of one of the above-mentioned research fields and in relation to the overall program ‘Europe in the Middle East – the Middle East in Europe’. Successful applicants will be fellows of EUME at the Forum Transregionale Studien, and associate members of one of the university or non-university research institutes listed below.

As a rule, the fellowships start on 1 October 2015 and will end on 31 July 2016. Postdoctoral fellows will receive a monthly stipend of 2.500 € plus supplement depending on their personal situation. Organisational support regarding visa, insurances, housing, etc. will be provided. Fellows are obliged to work in Berlin and to help shape the seminars and working discussions related to their research field. Scholars are also invited to apply with their own funding. The working language of EUME is English.

For the Application procedure and, please visit the EUME dedicated website