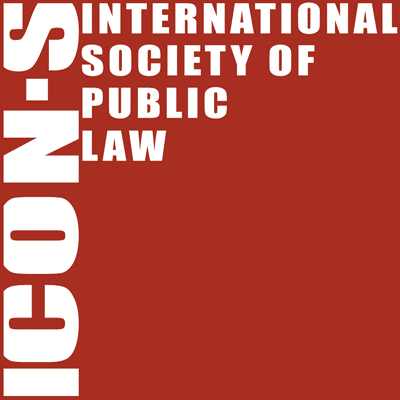 ICON·S | The International Society of Public Law is pleased to announce that its 2019 Annual Conference will be held at the Pontifical Catholic University of Chile in Santiago, on July 1-3, 2019. This will be the sixth Annual Conference of ICON·S, following the five Annual Conferences (Florence 2014, New York 2015, Berlin 2016, Copenhagen 2017, Hong Kong 2018) which have been overwhelmingly successful, thanks to the support of our Members.

ICON·S now invites panel and paper submissions for the 2019 Annual Conference on “Public Law in Times of Change?”.

Public law is facing a myriad of new challenges – including rising popular distrust in government, increasingly closed borders, and complex economic and technological change. We are arguably living in hard times for global public law. But will these challenges result in radical changes to the field as we know it, or will public law adapt and respond in ways that reinterpret and reinvigorate its core commitments to democracy, the rule of law, and human rights in a manner that is continuous with our current practices?

Countries around the world are witnessing the reversal of longstanding democratic gains, and new authoritarian threats. Yet there are signs of resilience in the global and national public law order: popular referenda have delivered gains as well as losses for democracy; women and young people have marched in defence of public law values; and justice is being crowd-sourced and data-driven, not just undermined by foreign cyber-attacks and “fake news”.

Under the strain of technological changes and shifts in economic globalisation, the world is also confronting large-scale changes in the structure and scope of global governance and of the “administrative” state. The Welfare State is under “siege” and at both international and domestic levels the problem of economic injustice is dominating the political and socio-economic debate around the globe.

International and regional bodies are re-orienting their focus to respond to these new challenges. And commitments to constitutional and administrative reform likewise remain strong in many legal orders. They continue to engage in formal processes of constitutional review, often as part of a transition from authoritarian to democratic, and colonial to post-colonial rule: from Chile to Myanmar, Bolivia to Tuvalu, Yemen to Sudan, and from the Philippines to Gambia. Many countries are actively debating proposals for major constitutional and legal reform. Others are grappling with the legacies of past reforms and transitions, and asking whether they were sufficient to address legacies of colonialism, and the abuse of human rights, and flagrant disregard for the rule of law.

But how far can public law go in responding to these issues? Are the sources of the current democratic crisis so deeply economic and structural that they evade any meaningful public law response? Are they rooted in debates over national identity and borders, which public law can address only partially and indirectly at best? Or does public law have the resources to adapt and respond to these challenges? Can public law, for example, help shape the future direction of state and global governance, or will changes in national and international governance in fact reshape public law as we know it?

This Annual Conference will seek to address these and related issues, bringing together leading scholars, political leaders and jurists from around the world to debate these questions, and their relevance to Latin America, their own countries, and the world.

The Conference will feature a keynote address by Justice Luís Roberto Barroso of the Supreme Federal Court of Brazil, as well as three plenary sessions featuring prominent jurists, intellectuals and judges, focused on the general themes of the Conference. A provisional program can be found here. At the heart of the Conference, however, are the concurrent sessions during the three-day conference which will be devoted to the papers and panels selected through this Call.

We strongly encourage the submission of fully-formed panels. Panel proposals should include at least three papers by scholars who have agreed in advance to participate, and panel must be formed in accordance with the Society’s commitment to gender balance. Such fully-formed panel proposals should also identify one or two discussants, who may also serve as panel chair and/or paper presenter. Please kindly note that each participant can present not more than 2 papers and participate – as presenter, chair or discussant – in 4 panels maximum.

Proposals of fully formed panels may be made of – or include some – papers written and presented in Spanish. In these latter cases, paper abstracts and/or panel description must in any event be submitted in English.

We invite potential participants to refer to the ICON·S Mission Statement when choosing a topic or approach for their papers or panels.

ICON·S is by no means restricted to public lawyers! We particularly welcome panel proposals that offer genuinely multi-disciplinary perspectives from various areas of law (including civil, criminal, tax, and labor law), as well as from scholars in the humanities and the social sciences (e.g. history, economics, political science, sociology) with an interest in the Conference’s themes. We welcome submissions from both senior and junior scholars (including doctoral students) as well as interested practitioners.

All submissions must be made through the ICON·S website by 23h59 GMT on March 9, 2019. To access the submission page, you need to be a member of ICON·S. Please register or log in with your existing ICON·S account and make sure you have paid your membership fee.

Successful applicants will be notified by April 1, 2019.

All participants will be responsible for their own travel and accommodation expenses.

We very much look forward to receiving your paper and panel proposals.