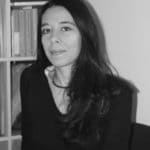 Accountable for the statistical area of the interregional centre for it, geographical and statistical systems (CISIS)

Siriana Salvi (Rome, 1978) has collaborated with the Interregional Centre for IT, geographical and statistical systems (Cisis) – technical body of the Conference of regions and autonomous provinces (Conferenza delle regioni e delle province autonome) in the field of Information systems since 2006, being in charge of the Statistics division. Since December 2008, she has been part of the MOA (Measurement of Administrative Burdens) Task force at the Public administration Department. Since October 2014, she has been a member of the Public investment evaluation and verification unit – Impact assessment working group of the Department of Planning and coordination of economic policies. She is part of the board of the Observatory on Impact Assessment (Osservatorio AIR).

She graduated with honours in Political Science from the University Roma Tre (Rome, 2001) and obtained a Master’s Degree in “Development and Cohesion Policies and Assessment of Public Investments” at the N.U.R. Nuval Consortium – Rome Public Universities (Rome, 2006).

From 2002 to 2006, she worked as a researcher for the Consortium for the development of methods and innovations in public administration (Mipa). She was in charge of conceiving and carrying out research and consulting projects in the field of public policy assessment.

From 2003 to 2005, she collaborated with the University of Tuscia (Viterbo) as a lecturer of Administration Sociology in the Political Science Department on issues relating to reform processes in public administration.

Between April 2007 and May 2008, she was an expert in regulatory impact analysis, consultation, and bureaucracy measurement and reduction in the Technical Office of the Unit for Simplification and Quality of Regulations of the Presidency of the Council of Ministers.

She has collaborated with several public and private bodies, Formez and Cittalia (Fondazione Anci, research unit) among the others, conducting research activities in the public sector, with particular stress on better regulation.