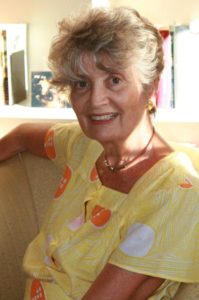 Professor at the “Sapienza University of Rome”

In 1970, she has been a Fulbright grantee at the Law Departmente of Stanford University,

Since the academic year 2012-2013 she will be teaching “Public finance” at the “Suor Orsola Benincasa University”, Law Department in Naples.