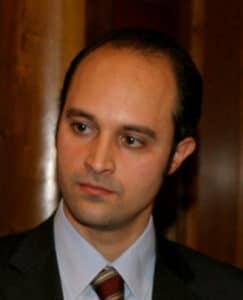 After serving as a staigiaire at the European Court on Human Rights in Strasbourg (2002) he was employed at the Anti-money laundering Department of the Ufficio Italiano dei Cambi (since 2002). He was then detached to the Prime Minister Office (2007-2008) and was thereafter assigned to the Financial Intelligence Unit of the Bank of Italy (2008).

He wrote a book on Human Rights and Public Administration as well as essays on money laundering counteraction, European banking supervision and the Mediterranean economic and financial area. He authored many articles on human rights, including on universal jurisdiction, non discrimination, access to a court, religious symbols. He is responsible for the quarterly survey of the case-law of the European Court on Human Rights.