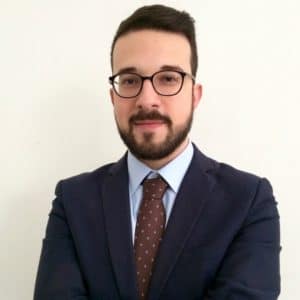 Ph.D. Candidate at the University of Tuscia

Mario Filice (1989) is Ph.D. in European and Global Markets Law at the University of Tuscia, Italy.

He currently work as junior consultant at the FOIA Competence Center, established in the Department of Public Function of the Presidency of the Council of Ministers.

He was Visiting Research Scholar at The City Law School of The City University of London, in the Visiting Scholar and Research Fellow Programme (2016), in which he worked on a research project on the “Judicial control on the decisions adopted by Regulatory agencies: recent trends and comparison with the Italian system”.

He is a Fellow of the Observatory of the Impact Analysis of Regulation.

He collaborates with the Administrative Journal.