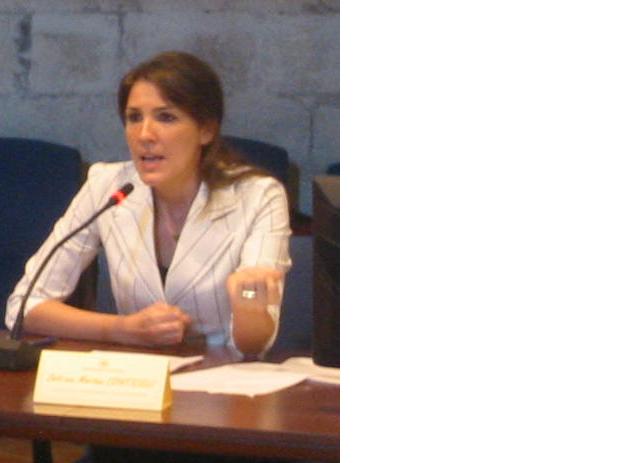 Tenured assistant Professor at the University of Rome “Tor Vergata”

Martina Conticelli (1974) is tenured assistant Professor in Public Law at Tor Vergata University, Faculty of Economics, in Rome where she is currently teaching Economic Public Law.

She graduated cum laude in Administrative Law at La Sapienza University, Rome, in 1998 and got her Ph.D in Administrative Law at the same University in 2003. In 2000 and in 2001, she was Jemolo Fellow at Nuffield College (Oxf. Univ.-Uk). She is responsible for the unit on Internal Market and Competition policy within the Master in European Economy and International Finance (Tor Vergata). She currently gives lectures within the Masters Program on Antitrust e Regolazione dei Mercati (Tor Vergata). She coordinated, together with L. Casini, the Osservatorio sull’attività normativa del Governo, published on Rivista trimestrale di diritto pubblico. Her research interests focus on competition, regulation, public utilities, privatizations and liberalizations, global governance, global and European administrative law.

In 1998 she was awarded with the thesis prize “Tremelloni Lanzarone”, from the Centro italiano di ricerche e d’informazione sull’economia pubblica, sociale e cooperativa (Ciriec). In 1998-1999, she was recipient of the Administrative Science Fellowship of Banca di Roma. In the same period, she was also assistant to Enea – Ente nazionale per le nuove tecnologie, l’energia e l’ambiente (Italian National Agency for New Technologies, Energy and the Environment) in the Secretariat of Industry Minister, for the Liberalisation of Energy sector. In 1999 she got the Diploma in European Public Law at the European Public Law Center, Athens. In 1999-2000, she was the recipient of the Aristoteles fellowship and spent a year of research at the University of Castilla La Mancha. In 2000 and in 2001, she was Jemolo Fellow at Nuffield College. In 2001 she also spent a period of research at The University of Toronto, Munk Centre for International Studies. In 2001-2002 she takes part to the Advanced Research Workshop, organized by The European Political Economy Infrastucture Consortium – Epic (European University Institute, Instituto Juan March de Estudios y Investigaciones Madrid, Ionian Academy, London School of Economics, Wissenschaftszentrum Berlin). She taught at the Urbino University. She was involved as participant or coordinator in many collective researches.