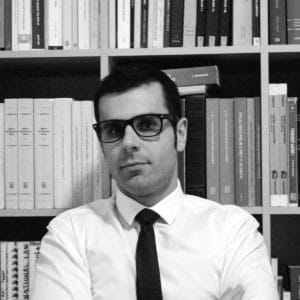 In 2008 he was appointed visiting research fellow at the Law School of the New York University. In 2009 (January-September) he was nominated enseignant-chercheur at Sciences Po, Paris. He taught at the University of Viterbo (2011, Media Law; 2012-2014 European Law). He is currently Adjunct Professor in “Media Activism and Democracy” at the Global Media Seminar of the New York University – Florence, and Adjunct Professor in “Lobbying and Democracy” at the Bocconi University (Milan). Since 2011 he is Director of Institutions Department at I-Com (Institute for competitiveness – a think tank devoted to economic and social analysis).

His professional background includes several experiences in the public sector. In 2007, he was nominated expert in legal matters for the Italian Ministry of Public Administration. In 2009 he joined the traineeship program at the European Ombudsman in Strasbourg. In 2010 he was appointed legal and communication expert for the Italian government. Since December 2014 he is appointed policy analyst at the DG Research of the European Parliament.

Gianluca Sgueo studies the relationship between participatory democracy and globalization. His doctoral research compared 4 different models of consultative democracy operating in the supranational arena and their interactions with the domestic level. His post-doctoral research analyzed the presence of NGOs in the global arena and the interactions they have with International Organizations.