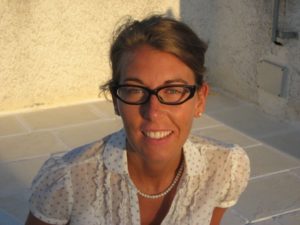 Public officer of the European Commission

Ms Bertezzolo holds a doctoral degree in EU and Comparative Administrative Law from the University of Trento School of Law (2006) and in 2008 she won the “Best PhD thesis” of the Istituto di Ricerche sulla Pubblica Amministrazione (IRPA). The same year she completed a post-dotoral program on EU and international financial regulation at the Jean Monnet Centre of the New York University (USA). She holds a Law degree summa cum laude(2002) from the University of Trento School of Law (Italy). She spent time studying and researching at the University of Liege (Belgium) and the European Court of Justice (Luxembourg) and in 2003 she was named Robert Schuman Trainee at the European Parliament (Belgium).

Before becoming an official of the European Commission, she worked in Rome and Verona as attorney specialized in EU and administrative law.

She has been lecturer in public law and EU law at the University of Trento and she has cooordinated serveral research projects of the Trento Law School and the Istituto di Ricerche sulla Pubblica Amministrazione (IRPA) of Rome.

She speaks fluently English and French.