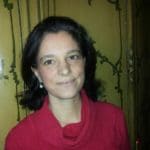 Elisabetta Midena (1964) Deputy Prefect. Graduated in Law at University of Rome “La Sapienza” in 1989 with a degree in Administrative Law (110 and lode/110). Professor and Researcher within the chair of Administrative Law held by Professor. Sabino Cassese. She is authorized to practice law.

She entered the civil service under the Ministry of the Interior in 1994 after having worked in the research department of a private company. She performed her professional career at the Prefecture of Piacenza, dealing with Administrative Police Division; the Ministry of Treasury and Budget, as Head of the Technical Secretariat of the Under Secretary with proxy to depressed areas and structural funds; the Presidency of the Council of Ministers, as head of legislative office of the Vice President of the Council of Ministers; the Ministry of Defence, in the Cabinet of the Minister, adviser to government administrative reform; the Ministry of Education University and Research, as General Director for International Relations and designated management Authority of school program financed with Structural Funds; the Presidency of the Republic, as Executive Officer at the Internal Affairs Office; the Senate of the Republic, as Head of Technical Secretariat of the Cabinet of the Senate President.

Independent National Commission for the Evaluation, Transparency and Integrity of public administrations (CiVIT).

She has been an adjunct professor at the University of Tuscia in Viterbo, Faculty of Economics and Commerce, chair of “Law of Local Government” (1996 to 1999) and lecturer in several specialization and masters degree courses. She has conducted research and has written for the organization of Public Administration, Judicial Administration and Public Management.