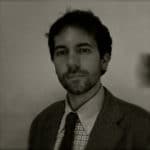 Member of the Irpa since 2009, he has been nominated in the Steering Committee in 2016. He is also funder of the Lab for the Innovation in the Public sector (Lab-IP).

He has become barrister in the district of Rome (exams’ session 2006). He has worked, as legal expert, at the Presidency of Council of Ministers – Unity for Simplification and Better Regulation. Now he’s civil servant, at the Italian National Regulatory Authority for Electronic communications and Media services (Agcom), after a public contest successfully passed in first position.

During the Ph.D., he has spent a period at the National Law School of India University at Bangalore (2005) and a research period at Oxford (2007). He awarded the Diploma at the Academy of the European Public Law Organization (2008-09). In 2008, he discussed a doctoral thesis on the « Internet Governance in Global, European and National law ».

He perfectly knows English and Spanish languages and has a fairly good knowledge of French.