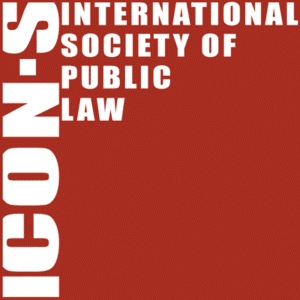 CALL FOR PANELS AND PAPERS

The first three Annual Meetings of ICON-S (Florence 2014, New York 2015 and Berlin 2016) have been overwhelmingly successful. The time has come to turn our attention to the 2017 Annual Meeting. ICON-S, the International Society of Public Law, invites paper and panel submissions for its 2017 Annual Meeting to be held in Copenhagen on July 5-7, 2017, under the auspices of at the University of Copenhagen’s Faculty of Law and iCourts – the Danish National Research Foundation’s Center for Excellence on International Courts.

The overarching theme of the ICON-S 2017 Annual Meeting will be “Courts, Power, Public Law”. The expanding role of courts is arguably one of the most significant developments in late-20th and early-21st century government. Today, courts around the world play an increasingly central role in defining the relationship between different organs of the state, as between state, non-state actors and individual citizens, and between national and supranational levels of governance. Domestic courts routinely interpret and enforce constitutional provisions guaranteeing the separation of powers, federalism and civil and political rights. Many domestic courts also now play a role in safeguarding democracy, and protecting and promoting social rights. In doing so, many domestic courts are also in active ‘dialogue’ with regional and international tribunals, as well as with transnational investment agreements or legal norms; and international courts likewise rely on regional and domestic human rights and public law norms in developing international jurisprudence.

What explains this increasingly dense network of judicial control over public power, and transnational judicial interaction? To what extent do courts succeed in achieving their goals, and under what conditions? In the midst of concerns about national and international security, how should courts respond to such concerns without compromising ideals of constitutional democracy?  What should be the appropriate remit of international tribunals in balancing the competing claims of a just peace and individual responsibility? What are we to make of the role of courts in the management and mismanagement of the national and international economic crisis, and how it has called into question some of the classic institutions of democracy? Answering these questions requires close attention to the social, economic and political context for judicial review. It also invites attention to questions of public power: how, and under what conditions, do courts enjoy the power, legitimacy and independence necessary to serve as a meaningful check on national and transnational actors? How does the social and political power enjoyed by political elites, citizens or social movements contribute to the creation or success of judicial review in different settings? Do we need to rethink the conventional ways of understanding how courts mediate between the international and the national? Addressing these questions is a key focus for much of the leading scholarship on comparative constitutional law, comparative politics, comparative administrative law, and international law and governance today. It is also the focus of the ICON-S 2017 Conference.

The Conference will feature a keynote address as well as three plenary sessions featuring prominent jurists, intellectuals and decision-makers, and focusing on the general theme of Annual Meeting. The program can be found here.

At the heart of the Conference, however, are the two days devoted to the papers and panels selected through this Call.

ICON-S welcomes proposals for fully-formed panels as well as individual papers dealing with any aspect of the Annual Meeting’s theme. However, paper and panel proposals need not be limited to that theme, and may focus on any theoretical, historical, comparative, empirical, jurisprudential, ethical, behavioral, ethnographic, philosophical or practical, policy-oriented perspective related to public law, including administrative law, constitutional law, criminal law, immigration and citizenship law, human rights, and/or international law in their entire varieties, and may address domestic, subnational, national, regional, transnational, supranational, international and global aspects of public law.

We particularly encourage the submission of fully-formed panels. Panel proposals should include at least three papers by scholars who have agreed in advance to participate. Such fully-formed panel proposals should also identify one or two discussants, who may also serve as panel chair and/or paper presenter. Concurrent panel sessions will be scheduled over two days. Each concurrent panel session will be scheduled for 90 minutes.
We invite potential participants to refer to the ICON-S Mission Statement (available at www.icon-society.org/mission) when choosing a topic or approach for their papers or panels.

ICON-S is by no means restricted to public lawyers! We particularly welcome panel proposals that offer genuinely multi-disciplinary perspectives from various areas of law (including civil, criminal, tax, and labor law), as well as from scholars in the humanities and the social sciences (e.g. history, economics, political science, sociology) with an interest in the study of courts, power, and public law. We welcome submissions from both senior and junior scholars (including advanced doctoral students) as well as interested practitioners.
All submissions must be made through the ICON-S website (at www.icon-society.org/sign-up/) by February 15, 2017. Successful applicants will be notified by April 1, 2017.

All participants will be responsible for their own travel and accommodation expenses.
We very much look forward to receiving your paper and panel proposals.
See you at ICON-S Copenhagen 2017!

Members of the ICON-S 2017 Organizing Committee